Are we to have no sleep at all for that drunken brute?

Still at Wick, looking after the harbour works, RLS writes to his mother.

The lines by G. Herbert are extracted from his metaphysical poems ‘The Porch’ and ‘Jordan’, 1633.

[As always, dots between square brackets indicate cuts made by Sir Sidney Colvin. For full transcription of this letter see Mehew 1, 57, dated Sept. 7].

[…] This morning I got a delightful haul: your letter of the fourth (surely misdated); Papa’s of same day; Virgil’s Bucolics, very thankfully received; and Aikman’s Annals, a precious and most acceptable donation, for which I tender my most ebullient thanksgivings. I almost forgot to drink my tea and eat mine egg.

It contains more detailed accounts than anything I ever saw, except Wodrow, without being so portentously tiresome and so desperately overborne with footnotes, proclamations, acts of Parliament, and citations as that last history.

J. Aikman, ‘Annals of the Persecution in Scotland from the Restoration to the Revolution’, 1842. 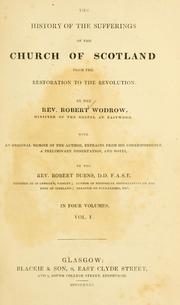 R. Woodrow, ‘The History of the Sufferings of the Church of Scotland from the Restoration to the Revolution’, 1721-1722.

I have been reading a good deal of Herbert. He’s a clever and a devout cove; but in places awfully twaddley (if I may use the word). Oughtn’t this to rejoice Papa’s heart –

‘Carve or discourse; do not a famine fear.

Who carves is kind to two, who talks to all.’

You understand? The ‘fearing a famine’ is applied to people gulping down solid vivers without a word, as if the ten lean kine began to-morrow.

Do you remember condemning something of mine for being too obtrusively didactic. Listen to Herbert –

‘Is it not verse except enchanted groves

Must all be veiled, while he that reads divines

Catching the sense at two removes?’

Tuesday. – The riots were a hum. No more has been heard; and one of the war-steamers has deserted in disgust.

The Moonstone is frightfully interesting: isn’t the detective prime? Don’t say anything about the plot; for I have only read on to the end of Betteredge’s narrative, so don’t know anything about it yet.

I thought to have gone on to Thurso to-night, but the coach was full; so I go to-morrow instead.

To-day I had a grouse: great glorification.

There is a drunken brute in the house who disturbed my rest last night. He’s a very respectable man in general, but when on the ‘spree’ a most consummate fool. When he came in he stood on the top of the stairs and preached in the dark with great solemnity and no audience from 12 p.m. to half-past one. At last I opened my door.  ‘Are we to have no sleep at all for that drunken brute?’ I said. As I hoped, it had the desired effect. ‘Drunken brute!’ he howled, in much indignation; then after a pause, in a voice of some contrition, ‘Well, if I am a drunken brute, it’s only once in the twelvemonth!’ And that was the end of him; the insult rankled in his mind; and he retired to rest. He is a fish-curer, a man over fifty, and pretty rich too. He’s as bad again to-day; but I’ll be shot if he keeps me awake, I’ll douse him with water if he makes a row. Ever your affectionate son,