I take one of my meals in a little French restaurant; for the other two, I sponge

RLS had come to Monterey to wait for his future wife’s divorce to become final.

The Story of a Lie was published on the New Quarterly Review, in October 1879.

Dr. J.P.E. Heintz lodged at the ‘French House’, a rough rooming-house run by Manuela Girardin, his mother-in-law. RLS took meals at the doctor’s house and when he became ill, Dr and Mrs Heintz took him in and nursed him. The ‘French House’ is now a museum (‘Stevenson’s House’).

The ‘French restaurant’ was run by Jules Simoneau (1820-1908), who became RLS’s lifelong friend and correspondent.

[Dots between square brackets indicate cuts made by Sidney Colvin. For full, correct and critical edition of this letter, see Mehew 3, 654.]

My dear Colvin,I received your letter with delight; it was the first word that reached me from the old country. I am in good health now; I have been pretty seedy, for I was exhausted by the journey and anxiety below even my point of keeping up; I am still a little weak, but that is all; I begin to ingrease, it seems already. My book is about half drafted: the Amateur Emigrant, that is. Can you find a better name? I believe it will be more popular than any of my others; the canvas is so much more popular and larger too. Fancy, it is my fourth. That voluminous writer. I was vexed to hear about the last chapter of The Lie, and pleased to hear about the rest; it would have been odd if it had no birthmark, born where and how it was. It should by rights have been called the Devonia, for that is the habit with all children born in a steerage.

I write to you, hoping for more. […] Give me news of all who concern me, near or far, or big or little. Here, sir, in California you have a willing hearer.

Monterey is a place where there is no summer or winter, and pines and sand and distant hills and a bay all filled with real water from the Pacific.

Monterey, between the Bishop’s palace and Saddle Mountain [http://www.diariocultura.mx/]

You will perceive that no expense has been spared. I now live with a little French doctor; 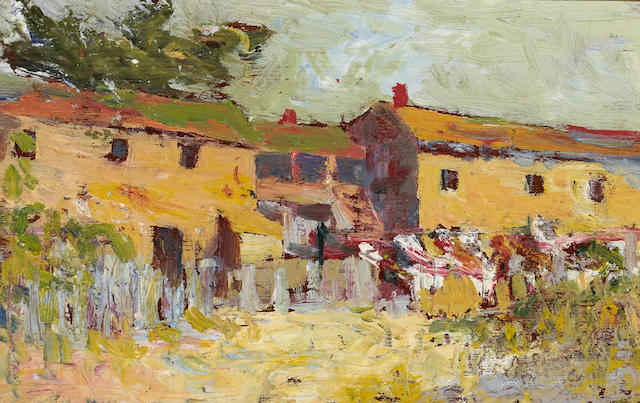 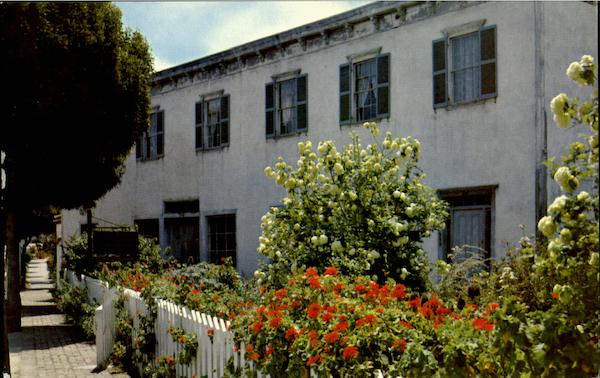 I take one of my meals in a little French restaurant; for the other two, I sponge.

The population of Monterey is about that of a dissenting chapel on a wet Sunday in a strong church neighbourhood. They are mostly Mexican and Indian-mixed. – Ever yours,