The Journals and Private Correspondence of David, King of Israel

The following flight of fancy refers to supposed errors of judgment on the part of an eminent firm of publishers (Cassell’s), with whom RLS had at this time no connection. Very soon afterwards he entered into pleasant relations with them which were continued on the most cordial terms until his death.

[As usual, dots between square brackets indicate cuts made by Sidney Colvin. For full, correct and critical edition of this letter, see Mehew 3, 939.]

Last night we had a dinner-party, consisting of the John Addington, curry, onions (lovely onions), and beefsteak.

So unusual is any excitement, that F[anny] and I feel this morning as if we had been to a coronation. However I must, I suppose, write.

I was sorry about your female contributor squabble. ’Tis very comic, but really unpleasant […]. But what care I? Now that I illustrate my own books, I can always offer you a situation in our house – S.L. Osbourne and Co. As an author gets a halfpenny a copy of verses, and an artist a penny a cut, perhaps a proof-reader might get several pounds a year.

O that Coronation! What a shouting crowd there was! I obviously got a firework in each eye. The king looked very magnificent, to be sure; and that great hall where we feasted on seven hundred delicate foods, and drank fifty royal wines – quel coup d’œil! but was it not overdone, even for a coronation – almost a vulgar luxury? And eleven is certainly too late to begin dinner. (It was really 6.30 instead of 5.30.)

Your list of books that Cassells have refused in these weeks is not quite complete; they also refused:

1. Six undiscovered Tragedies, one romantic Comedy, a fragment of Journal extending over six years, and an unfinished Autobiography reaching up to the first performance of King John. By William Shakespeare. 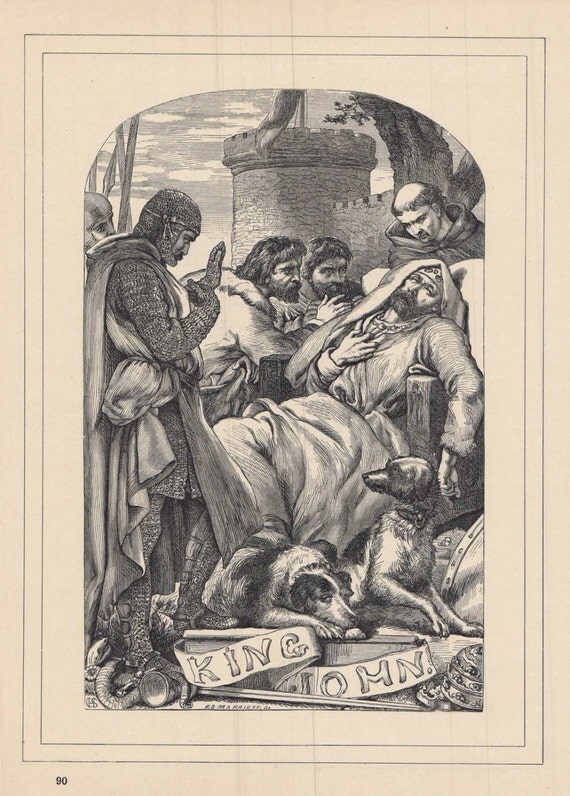 3. The Journals and Private Correspondence of David, King of Israel.

4. Poetical Works of Arthur, Iron Dook of Wellington, including a Monody on Napoleon.

You also neglected to mention, as per contra, that they had during the same time accepted and triumphantly published Brown’s Handbook to Cricket,

O if that list could come true! How we would tear at Solomon Crabb! O what a bully, bully, bully business. Which would you read first – Shakespeare’s autobiography, or his journals? What sport the monody on Napoleon would be – what wooden verse, what stucco ornament! […] I should read both the autobiography and the journals before I looked at one of the plays, beyond the names of them, which shows that Saintsbury was right, and I do care more for life than for poetry.

George E.B. Saintsbury (1845–1933), English writer and literary critic, in his review of RLS’s ‘Familiar Studies’, wrote: “As a mere literary critic Mr. Stevenson does not take a very high place… It is, in fact, in the criticism of life, not of books, that Mr. Stevenson is strong.” [http://si.wsj.net/]

No – I take it back. Do you know one of the tragedies – a Bible tragedy too – David – was written in his third period – much about the same time as Lear? The comedy, April Rain, is also a late work. Beckett is a fine ranting piece, like Richard II, but very fine for the stage. Irving is to play it this autumn when I’m in town; the part rather suits him – but who is to play Henry – a tremendous creation, sir. 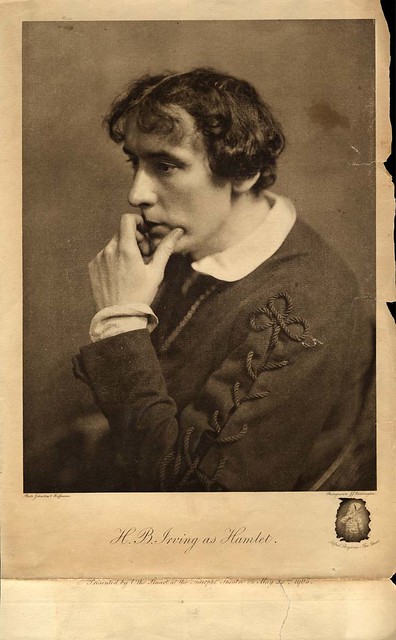 Betterton in his private journal seems to have seen this piece; and he says distinctly that Henry is the best part in any play. ‘Though,’ he adds, ‘how it be with the ancient plays I know not. But in this I have ever feared to do ill, and indeed will not be persuaded to that undertaking.’ So says Betterton.

Rufus is not so good; I am not pleased with Rufus; plainly a rifacimento of some inferior work; but there are some damned fine lines. As for the purely satiric ill-minded Abelard and Heloise, another Troilus, — quoi! it is not pleasant, truly, but what strength, what verve, what knowledge of life, and the Canon! What a finished, humorous, rich picture is the Canon! Ah, there was nobody like Shakespeare. But what I like is the David and Absalom business: Absalom is so well felt — you love him as David did; David’s speech is one roll of royal music from the first act to the fifth. 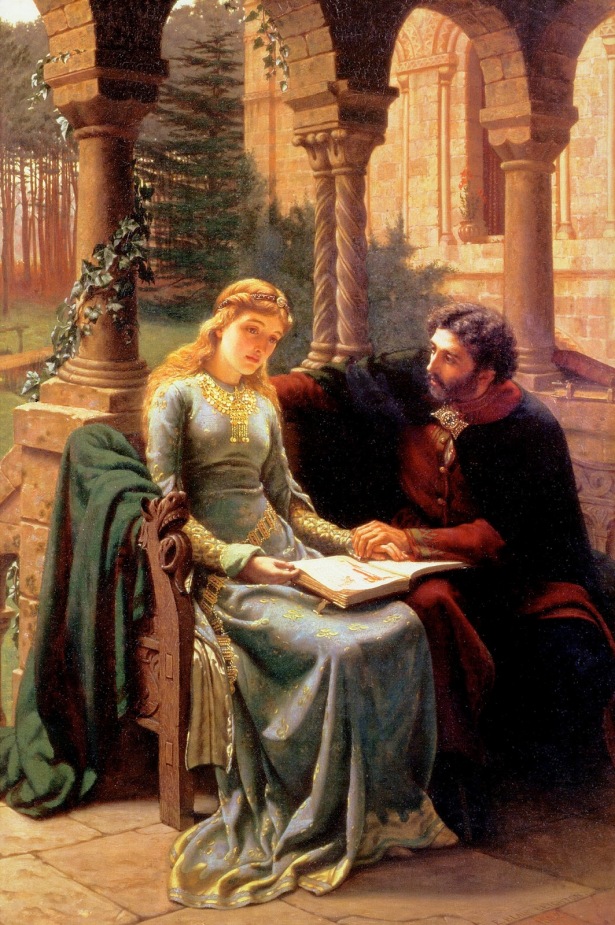 I am enjoying Solomon Crabb extremely; Solomon’s capital adventure with the two highwaymen and Squire Trecothick and Parson Vance; it is as good, I think, as anything in Joseph Andrews. 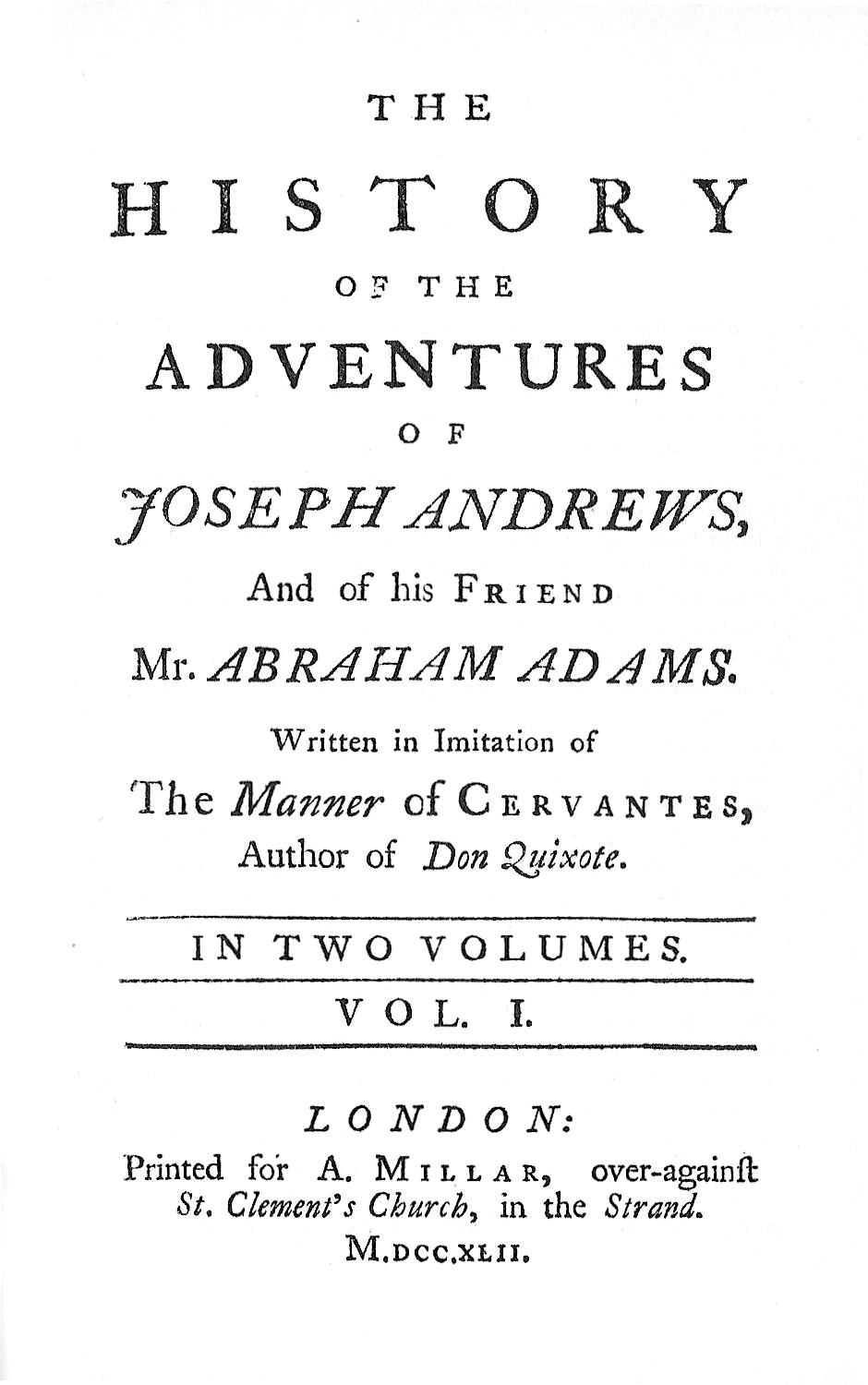 ‘Joseph Andrews’ was the first published full-length novel of the English author and magistrate Henry Fielding, and one of the first novels in the English language [https://upload.wikimedia.org/]

I have just come to the part where the highwayman with the black patch over his eye has tricked poor Solomon into his place, and the squire and the parson are hearing the evidence. Parson Vance is splendid. How good, too, is old Mrs. Crabb and the coastguardsman in the third chapter, or her delightful quarrel with the sexton of Seaham; Lord Conybeare is surely a little overdone; but I don’t know either; he’s such damned fine sport. Do you like Sally Barnes? I’m in love with her. Constable Muddon is as good as Dogberry and Verges put together;

The constables Dogberry and Verges with the Watch, in Shakespeare’s ‘Much ado about nothing’ [http://openairshakespearenrv.files.wordpress.com/]

when he takes Solomon to the cage, and the highwayman gives him Solomon’s own guinea for his pains, and kisses Mrs. Muddon, and just then up drives Lord Conybeare, and instead of helping Solomon, calls him all the rascals in Christendom — O Henry Fielding, Henry Fielding! Yet perhaps the scenes at Seaham are the best.

But I’m bewildered among all these excellences.

Stay, cried a voice that made the welkin crack —

This here’s a dream, return and study BLACK! — Ever yours,

William Black (1841-98), Scottish novelist who scored an early success with ‘A Daughter of Heth’ and ‘The Strange Adventures of a Phaeton’ [https://upload.wikimedia.org/]