We have had many other wild misadventures

RLS’s wife extremely vivid and charteristic account of the weird misadventures that befell the pair during their retreat from St. Marcel, Marseille, in search of a healthier home.

[Dots between square brackets indicate cuts made by Sidney Colvin. For full, correct and critical edition of this letter, see Mehew 4, 1056.]

What must you think of us? I hardly dare write to you. What do you do when people to whom you have been the dearest of friends requite you by acting like fiends? I do hope you heap coals of fire on their heads in the good old Christian sense. […] 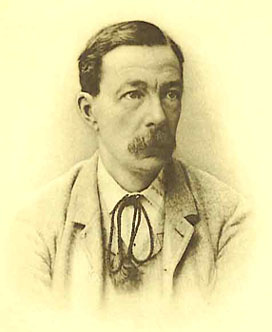 Louis has been very ill again. I hasten to say that he is now better. But I thought at one time he would never be better again. He had continual hemorrhages and became so weak that he was twice insensible on one day, and was for a long time like one dead.

At the worst fever broke out in this village, typhus, I think, and all day the death-bells rang, and we could hear the chanting whilst the wretched villagers carried about their dead lying bare to the sun on their coffin-lids, so spreading the contagion through the streets. The evening of the day when Louis was so long insensible the weather changed, becoming very clear and fine and greatly refreshing and reviving him. Then I said if it held good he should start in the morning for Nice and try what a change might do. Just at that time there was not money enough for the two of us, so he had to start alone, though I expected soon to be able to follow him. During the night a peasant-man died in a house in our garden, and in the morning the corpse, hideously swollen in the stomach, was lying on its coffin-lid at our gates. Fortunately it was taken away just before Louis went, and he didn’t see it nor hear anything about it until afterwards. I had been back and forth all the morning from the door to the gates, and from the gates to the door, in an agony lest Louis should have to pass it on his way out.

I was to have a despatch from Toulon where Louis was to pass the night, two hours from St. Marcel, and another from Nice, some few hours further, the next day. I waited one, two, three, four days, and no word came. Neither telegram nor letter.

The evening of the fourth day I went to Marseilles and telegraphed to the Toulon and Nice stations and to the bureau of police. I had been pouring out letters to every place I could think of. The people at Marseilles were very kind and advised me to take no further steps to find my husband. He was certainly dead, they said. It was plain that he stopped at some little station on the road, speechless and dying, and it was now too late to do anything; I had much better return at once to my friends. “Eet ofen ’appens so,” said the Secretary, and “Oh yes, all right, very well,” added a Swiss in a sympathetic voice.

I waited all night at Marseilles and got no answer, all the next day and got no answer; then I went back to St. Marcel and there was nothing there. At eight I started on the train with Lloyd who had come for his holidays, but it only took us to Toulon where again I telegraphed. At last I got an answer the next day at noon. I waited at Toulon for the train I had reason to believe Louis travelled by, intending to stop at every station and inquire for him until I got to Nice. Imagine what those days were to me. I never received any of the letters Louis had written to me, and he was reading the first he had received from me when I knocked at his door.

A week afterwards I had an answer from the police. Louis was much better: the change and the doctor, who seems very clever, have done wonderful things for him. It was during this first day of waiting that I received your letter. There was a vague comfort in it like a hand offered in the darkness, but I did not read it until long after.

We have had many other wild misadventures, Louis has twice (started) actually from Nice under a misapprehension. At this moment I believe him to be at Marseilles, stopping at the Hôtel du Petit Louvre;

I am supposed to be packing here at St. Marcel, afterwards we are to go somewhere, perhaps to the Lake of Geneva.

J.-B.-C. Corot, View of part of the city, Geneva [http://jos-images.pagesperso-orange.fr/]

My nerves are so shattered by the terrible suspense I endured that memorable week that I have not been fit to do much. […] When I was returning from Nice a dreadful old man with a fat wife and a weak granddaughter sat opposite me and plied me with the most extraordinary questions. He began by asking if Lloyd was any connection of mine, and ended I believe by asking my mother’s maiden name. Another of the questions he put to me was where Louis wished to be buried, and whether I could afford to have him embalmed when he died. When the train stopped the only other passenger, a quiet man in a corner who looked several times as if he wished to interfere and stop the old man but was too shy, came to me and said that he knew Sidney Colvin and he knew you, and that you were both friends of Louis; and that his name was Basil Hammond, and he wished to stay on a day in Marseilles and help me work off my affairs. I accepted his offer with heartfelt thanks.

B.E. Hammond’s grave (1842-1916), Ascension Parish Burial Ground, Cambridge. He was for many years fellow of and historical lecturer at Trinity College [http://image2.findagrave.com/]

I was extremely ill next day, but we two went about and arranged about giving up this house and what compensation, and did some things that I could not have managed alone. My French is useful only in domestic economy, and even that, I fear, is very curious and much of it patois. Wasn’t that a good fellow, and a kind fellow? – I cannot tell you how grateful I am, words are such feeble things – at least for that purpose. For anger, justifiable wrath, they are all too forcible. It was very bad of me not to write to you, we talked of you so often and thought of you so much, and I always said – “now I will write” and then somehow I could not.