Fame is (truly) a vapour; do not think of it

From mid-November 1884 to mid-April 1885 RLS and his wife were tenants of a house named Bonallie Towers, pleasantly situated amid the pinewoods of Branksome Park, Bournemouth, and by its name recalling familiar Midlothian associations (Bonaly was an area on the south-western outskirts of  Edinburgh, within the Parish of Colinton where RLS’s grandfather was minister).

Thomas Stevenson had read the play Admiral Guinea, written in September 1884 by his son and Henley in collaboration, and had protested against the stage confrontation of profane blackguardly in the person of Pew (the blid beggar, once boatswain) with evangelical piety in that of the reformed slaving captain who gives his name to the piece. 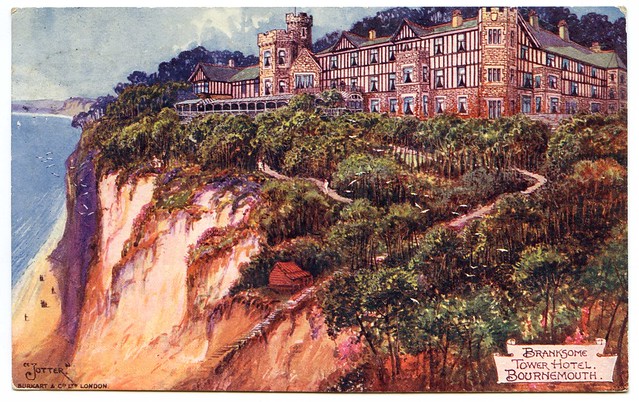 Allow me to say, in a strictly Pickwickian sense, that you are a silly fellow.

Illustration for ‘The Pickwick Papers’, ch. I, 1836. In a debate at the Pickwick Club Mr Blotton of Aldgate calls Mr Pickwick ‘a humbug’, according to the official proceedings of the Pickwick Club. However, he escapes censure, as he explains that he “had used the word in its Pickwickian sense… personally, he entertained the highest regard and esteem for the honourable gentleman” [www.mirrorservice.org]

I am pained indeed, but how should I be offended? I think you exaggerate; I cannot forget that you had the same impression of the Deacon; and yet, when you saw it played, were less revolted than you looked for; and I will still hope that the Admiral also is not so bad as you suppose.

Thomas Stevenson (1818-87). Henley had sent Thomas Stevenson a copy of the privately printed edition of ‘Admiral Guinea’. Thomas, who was depressed and ill, had written to RLS: “…the Admiral is too much for me…”[www.nationalgalleries.org]

There is one point, however, where I differ from you very frankly. Religion is in the world; I do not think you are the man to deny the importance of its role; and I have long decided not to leave it on one side in art. The opposition of the Admiral and Mr. Pew is not, to my eyes, either horrible or irreverent; but it may be, and it probably is, very ill done: what then? This is a failure; better luck next time; more power to the elbow, more discretion, more wisdom in the design, and the old defeat becomes the scene of the new victory. Concern yourself about no failure; they do not cost lives, as in engineering; they are the pierres perdues of successes. Fame is (truly) a vapour; do not think of it; if the writer means well and tries hard, no failure will injure him, whether with God or man.

I wish I could hear a brighter account of yourself; but I am inclined to acquit the Admiral of having a share in the responsibility. My very heavy cold is, I hope, drawing off; and the change to this charming house in the forest will, I hope, complete my re-establishment.With love to all, believe me, your ever affectionate