[As usual, dots between square brackets indicate cuts made by Sidney Colvin. For full, correct and critical edition of this letter, see Mehew 5, 1481.]

At last, my wife being at a concert, and a story being done, I am at some liberty to write and give you of my views. This must be The Strange Case of Dr Jekyll and Mr Hyde, which was sent to Longmans in late October 1885 [http://britishlibrary.typepad.co.uk]

And first, many thanks for the works that came to my sickbed. And second, and more important, as to the Princess.

H. James’s novel, ‘The Princess Casamassima’ was serialised in the Atlantic Monthly Sept 1885 to Oct 1886

Well, I think you are going to do it this time; I cannot, of course, foresee, but these two first numbers seem to me picturesque and sound and full of lineament, and very much a new departure. As for your young lady, she is all there; yes, sir, you can do low life, I believe. The prison was excellent; it was of that nature of touch that I sometimes achingly miss from your former work: with some of the grime, that is, and some of the emphasis of skeleton there is in nature. I pray you to take grime in a good sense; it need not be ignoble; dirt may have dignity; in nature it usually has; and your prison was imposing.

And now to the main point: why do we not see you?

Do not fail us. Make an alarming sacrifice, and let us see ‘Henry James’s chair’ properly occupied. I never sit in it myself (though it was my grandfather’s); it has been consecrated to guests by your approval, and now stands at my elbow gaping. We have a new room, too, to introduce to you our last baby, the drawing-room; it never cries, and has cut its teeth.

RLS’s grandfather, the engineer Robert Stevenson (1772-1850), on his chair [http://lowres-picturecabinet.com.s3-eu-west-1.amazonaws.com]

J.S. Sargent, RLS and Fanny in their drawing-room at Bournemouth, August 1885: Fanny is sitting on ‘Henry James’s chair’ [www.jssgallery.org]

Likewise, there is a cat now […]. It promises to be a monster of laziness and self-sufficiency. 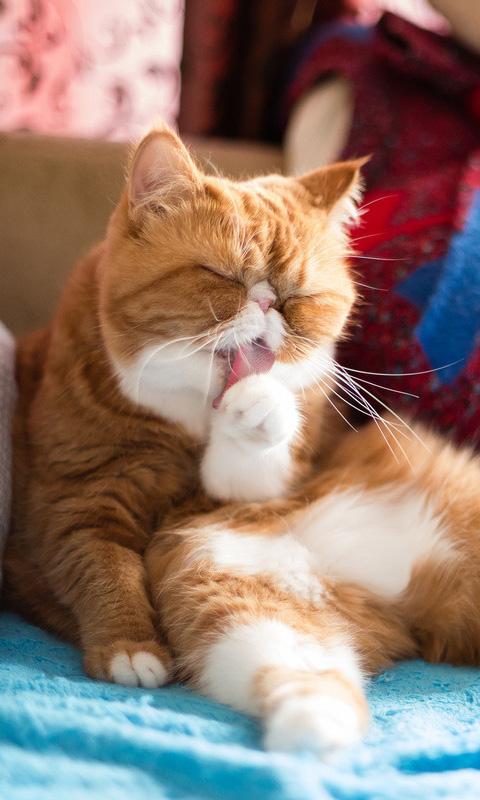 Fanny bought a semi-persian cat, Ginger (or Gingibber), at a cat show in London [https://lh5.ggpht.com]

Pray see, in the November Time (a dread name for a magazine of light reading), a very clever fellow, W. Archer, stating his views of me; the rosy-gilled ‘athletico-aesthete’; and warning me, in a fatherly manner, that a rheumatic fever would try my philosophy (as indeed it would), and that my gospel would not do for ‘those who are shut out from the exercise of any manly virtue save renunciation.’

To those who know that rickety and cloistered spectre, the real R.L.S., the paper, besides being clever in itself, presents rare elements of sport. The critical parts are in particular very bright and neat, and often excellently true. Get it by all manner of means.

I hear on all sides I am to be attacked as an immoral writer; this is painful. Have I at last got, like you, to the pitch of being attacked? ’Tis the consecration I lack – and could do without. Not that Archer’s paper is an attack, or what either he or I, I believe, would call one; ’tis the attacks on my morality (which I had thought a gem of the first water) I referred to.

Revelation 22:17, from J.M. Kronheim’s, The Sunday at Home: A Family Magazine for Sabbath Reading, 1880 [https://upload.wikimedia.org]

and the best thing you can do for us and yourself and your work is to get up and do so right away. Yours affectionately,