Charles John Guthrie (1849-1920), Scottish judge and lawyer, in 1875 was admitted to the Faculty of Advocates, where he was fellow-member of the Speculative Society (the ‘Spec’) with RLS. After RLS’s death, he became Lord Guthrie, a Senator of the Scottish Courts of Justice, and got Swanston Cottage, sacred to the memory of RLS, for his summer home. He published, in 1914, an appreciation of “Cummy,” Stevenson’s nurse [https://upload.wikimedia.org]

This may be presented to you by my stepson, S.L. Osbourne 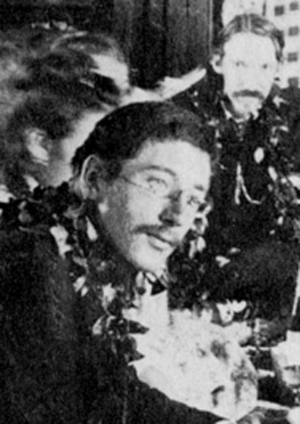 whom I am anxious to get into the Spec.

Room of the Speculative Society in the Old College, Edinburgh. The Spec is a Scottish Enlightenment society dedicated to public speaking and literary composition, founded in 1764, and mainly an University student organisation. In 1869 RLS has been elected to the ‘Spec’ on the strength of his conversational powers, and he contributed several essays to its meetings. In 1872 he was elected one of the five Presidents [www.edinburghnews.scotsman.com/]

You may have some connection with the present Pharaohs; you should have, if ancient services are of any account in that republic of our youth;

RLS in 1872 ca. In 1871, he began his Law classes at Edinburgh University. He gathered round him a group of lifelong friends, all fellow-members of the Speculative Society at the University.

RLS as an advocate, July 1875 [http://lawartscult.osgoode.yorku.ca/]

and at least, and whether or not you can do anything, I am glad to recall myself to your recollection.