That is where I am; next day he is to be put ashore in Appin, and be present at Colin Campbell’s death

The novel Kidnapped, telling the adventures of  David Balfour, had at this time just been taken up again, and the writer explained the course of the story to his father, who had taken the deepest interest in it since they visited together the scene of the Appin murder, in June 1882.

[As ususal, dots between square brackets indicate cuts made by Sidney Colvin. For full, correct and critical edition of this letter, see Mehew 5, 1523.]

Many thanks for a letter quite like yourself. I quite agree with you, and had already planned a scene of religion in Balfour; the Society for the Propagation of Christian Knowledge furnishes me with a catechist whom I shall try to make the man.

I have another catechist, the blind, pistol-carrying highway robber, whom I have transferred from the Long Island to Mull.

RLS’s source was ‘Travels in the Western Hebrides from 1782 to 1790’ by the Revd John L. Buchanan, who worked as a missionary in the Hebrides on commission from the SPCK.

In ch. X (244) Buchanan describes ‘Questars…that go about from house to house… many of them worthless drunkards’, and in particular ‘a blind bully of this type… who… carries about, with him,… loaded pistols’. 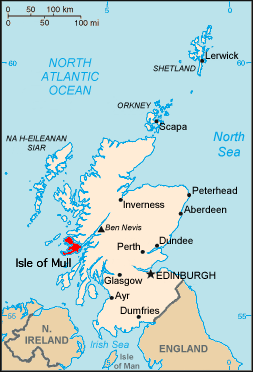 Mull is the second largest island of the Inner Hebrides (after Skye), off the west coast of Scotland [https://upload.wikimedia.org]

David and the blind catechist, 1886 edition of ‘Kidnapped’.

I find it a most picturesque period, and wonder Scott let it escape. 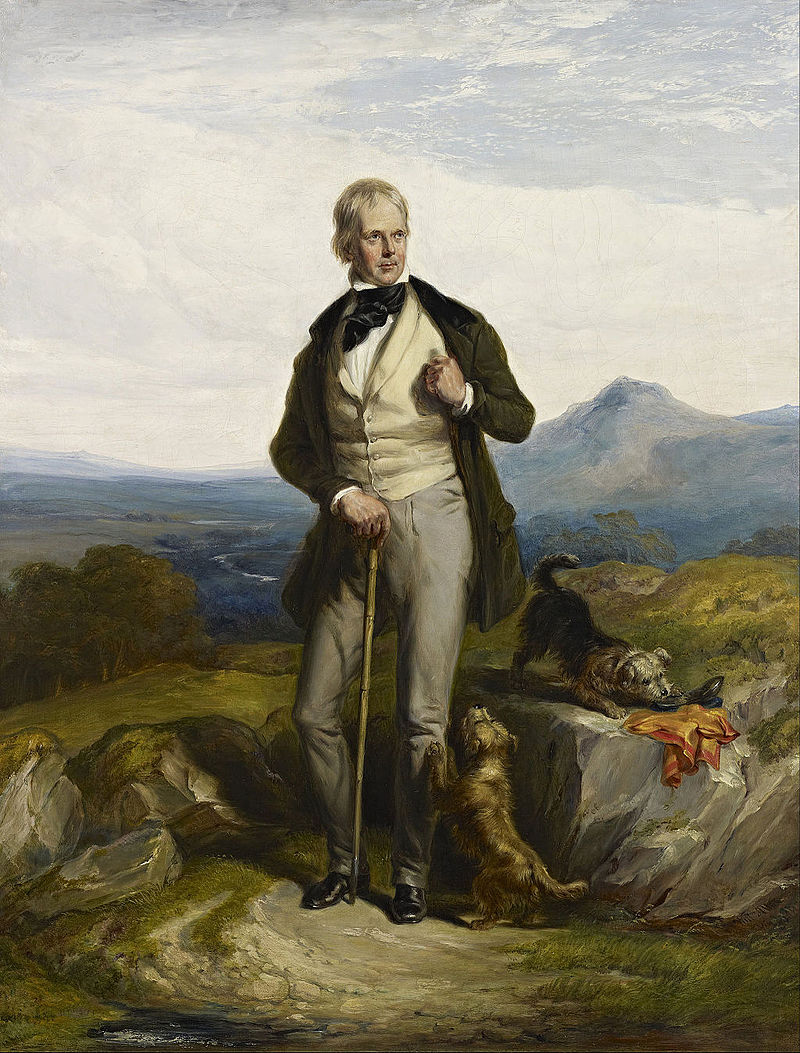 The Covenant is lost on one of the Tarrans, 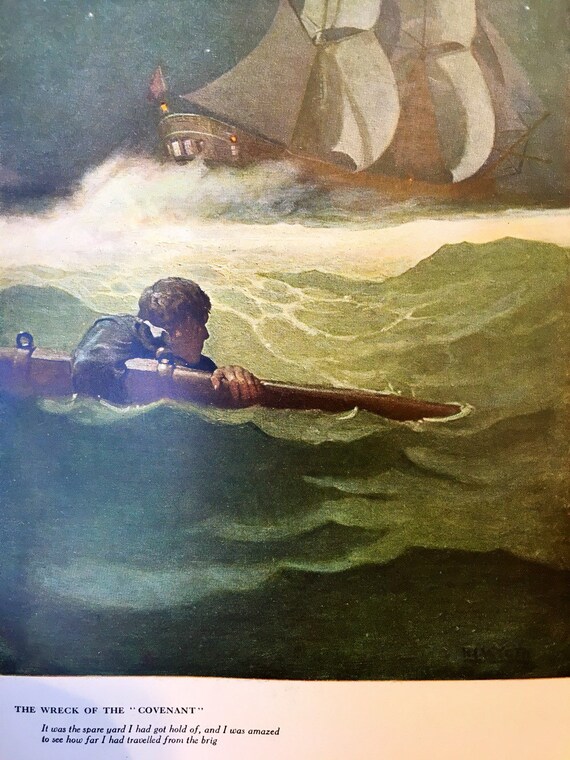 and David is cast on Earraid, where (being from inland) he is nearly starved before he finds out the island is tidal; 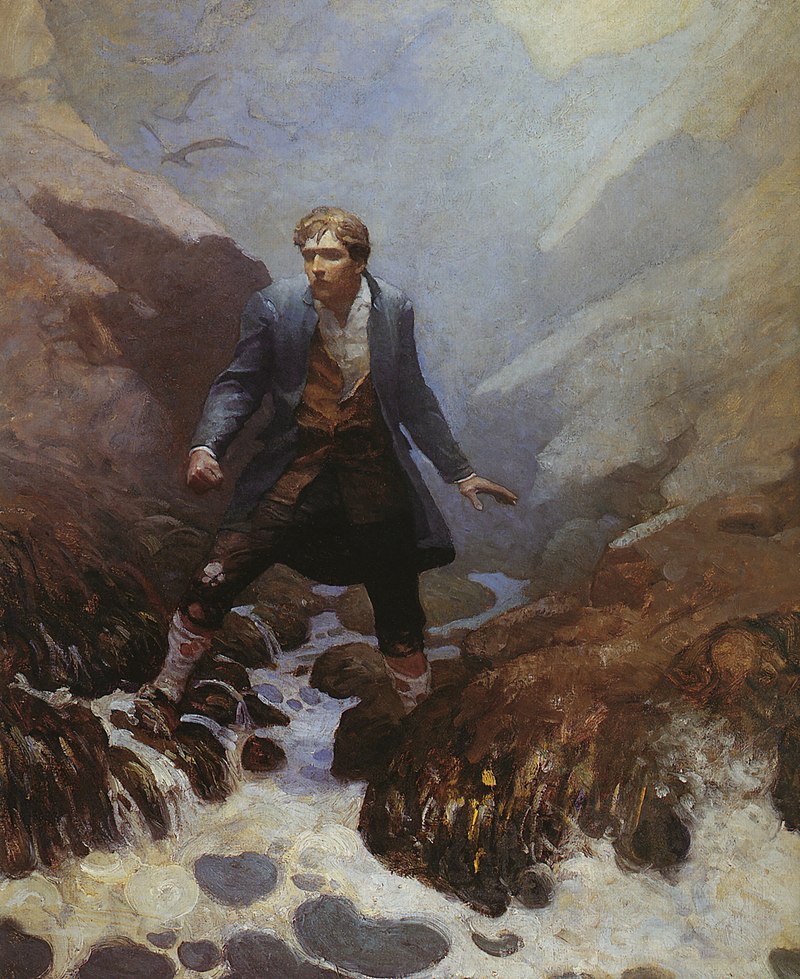 Earraid, the cottages constructed by the Northern Lighthouse Board c. 1872 [https://upload.wikimedia.org]

then he crosses Mull to Torosay, meeting the blind catechist by the way; 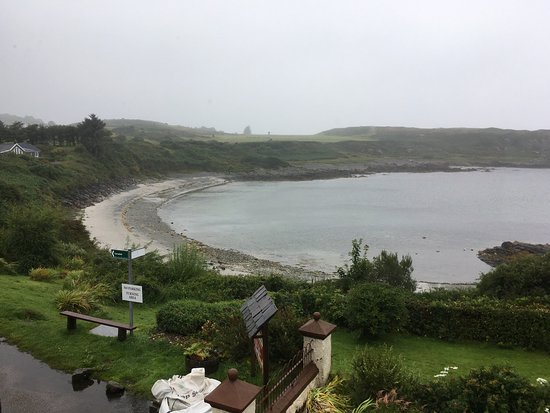 then crosses Morven from Kinlochaline to Kingairloch, where he stays the night with the good catechist;

Approaching Morven from the east [www.munromagic.com] that is where I am; next day he is to be put ashore in Appin, and be present at Colin Campbell’s death.

The cairn marking the site of the 1752 Appin murder [www.scotclans.com]

To-day I rest, being a little run down. Strange how liable we are to brain fag in this scooty [= insignificant (Scots)] family! But as far as I have got, all but the last chapter, I think David is on his feet, and (to my mind) a far better story and far sounder at heart than Treasure Island.

Jim Hawkins hiding in the apple-barrel, listening to the pirates [https://upload.wikimedia.org]

I have no earthly news, living entirely in my story, and only coming out of it to play patience.

The Shelleys are gone; Around the time of Mary Shelley’s death in 1851 her son Sir Percy moved with his wife to Boscombe Manor near Bournemouth, where he lived until his death in 1889 [http://www.dorsetlife.co.uk]

the Taylors kinder than can be imagined.

Sir Henry Taylor (1800-1886) English dramatist and poet, 1885. From 1861 he had spent the summer months at Bournemouth, and there bought a house, to which he ultimately retired. Taylor married Theodosia Alice Spring Rice, daughter of Thomas Spring Rice, 1st Baron Monteagle of Brandon, in 1839. They had five children, including the biographer Ida Alice Ashworth Taylor [https://upload.wikimedia.org] 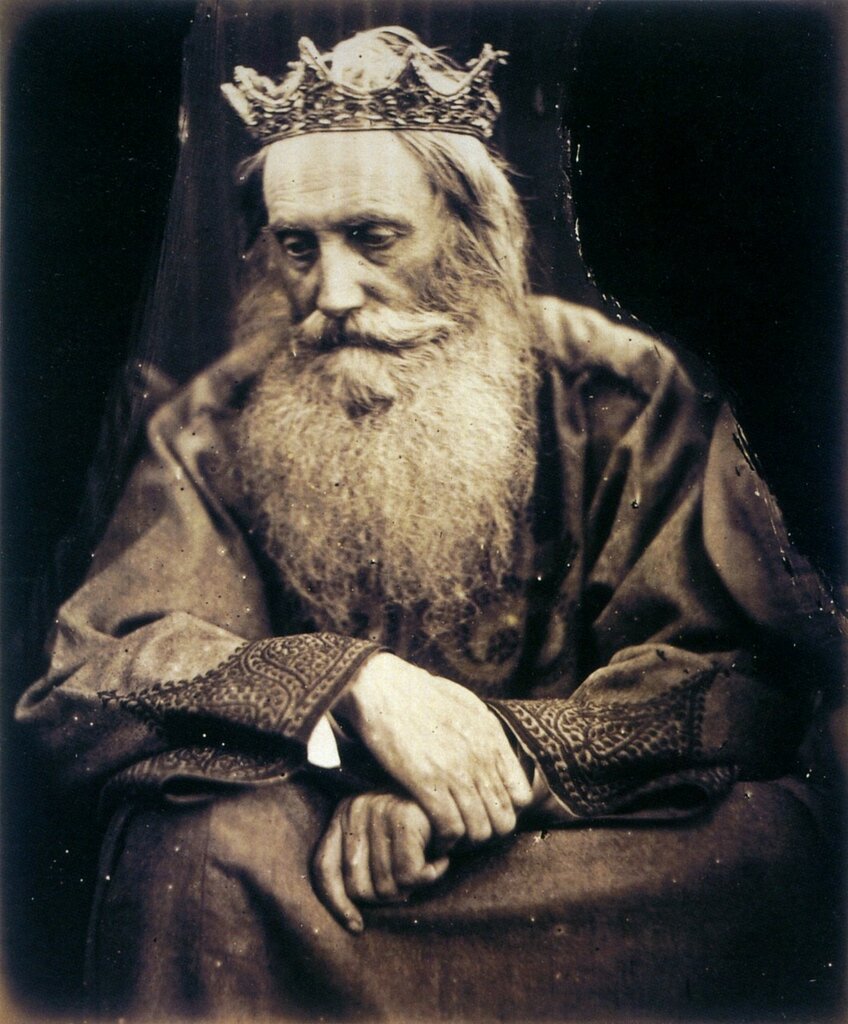 The other day, Lady Taylor drove over and called on me; she is a delightful old lady, and great fun. I mentioned a story about the Duchess of Wellington which I had heard Sir Henry tell; and though he was very tired, he looked it up and copied it out for me in his own hand. […]

[…] Your most affectionate son,

The ‘Stevenson Way’ from Mull to Edinburgh, based on RLS’s book ‘Kidnapped’ [www.stevensonway.org.uk]

1 Response to That is where I am; next day he is to be put ashore in Appin, and be present at Colin Campbell’s death