Yours, the Inexpressive Correspondent

[Dots between square brackets indicate cuts made by Sidney Colvin. For full, correct and critical edition of this letter, see Mehew 5, 1530.]

‘Tis the most complete blague and folly to write to you; you never answer and, even when you do, your letters crackle under the teeth like ashes; containing nothing as they do but unseasonable japes and a great cloudy vagueness as of the realm of chaos. In this I know well they are like mine; and it becomes me well to write such – but not you – for reasons too obvious to mention.

We have both been sick; […] but to-day I am up, though with an aching back. But I hope all will be better. Of your views, state, finances, etc. etc., I know nothing. We were mighty near the end of all things financially, when a strange shape of a hand giving appeared in Heaven or from Hell, and set us up again for the moment;

yet still we totter on a whoreson brink. I beg pardon. I forgot I was writing to a lady; but the word shall stay: it is the only word; I would say it to the Q—n of E—–d. 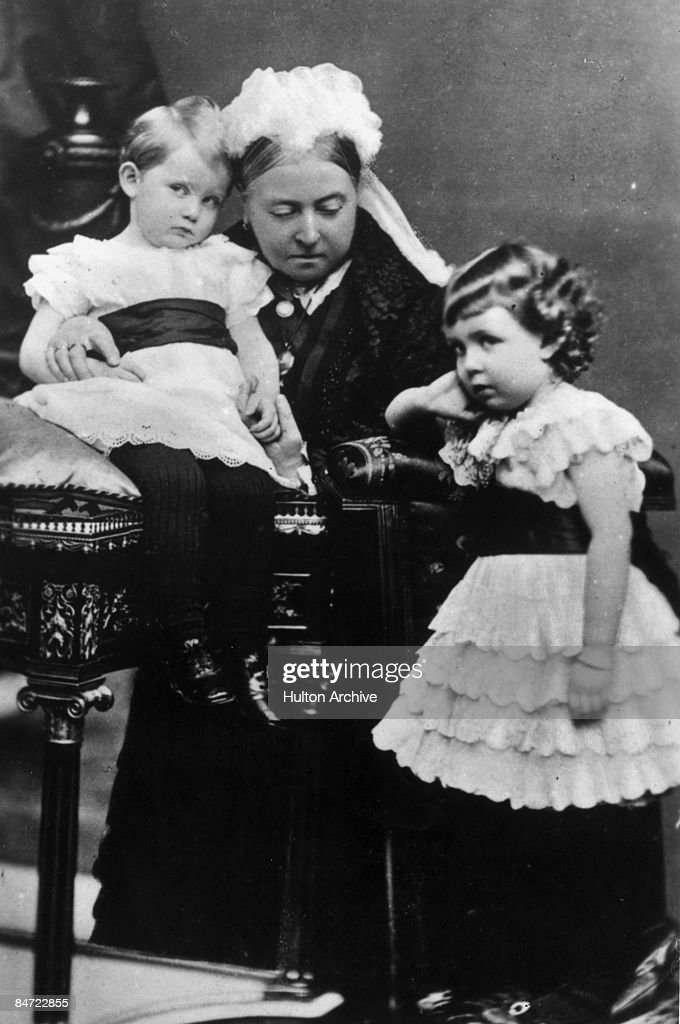 Queen Victoria with two of her grandchildren, 1886.

How do you like letters of this kind? It is your kind. They mean nothing; they are blankly insignificant; and impudently put one in the wrong. One has learnt nothing; and forsooth one must reply. Yours, the Inexpressive Correspondent,