“The difficulty of being ideal in an age of realism”

am a dreadful character; but, you see, I have at last taken pen in hand; how long I may hold it, God knows. This is already my sixth letter to-day, and I have many more waiting; my wrist gives me a jog on the subject of scrivener’s cramp, which is not encouraging.

I gather you were a little down in the jaw when you wrote your last.

Charles Warren Stoddard (1843–1909), American author and edito and editor. In 1864 he visited the South Sea Islands and there wrote his Idyls, and converted to Catholicism [https://upload.wikimedia.org]

I am as usual pretty cheerful, but not very strong. I stay in the house all winter, which is base; but, as you continue to see, the pen goes from time to time, though neither fast enough nor constantly enough to please me.

My wife is at Bath with my father and mother, and the interval of widowery explains my writing.

Another person writing for you when you have done work is a great enemy to correspondence.

RLS and his step daughter Belle working for him as an amanuensis, in the library at Vailima, 1894 [http://robert-louis-stevenson.org]

To-day I feel out of health, and shan’t work; and hence this so much overdue reply. I was re-reading some of your South Sea Idyls the other day: some of the chapters are very good indeed; some pages as good as they can be.

How does your class get along?

In 1885 Stoddard accepted the chair of English literature at the University of Notre Dame, Indiana, but the next year he resigned, probably because of the Catholic Church’s position on homosexuality [www.archives.nd.edu] 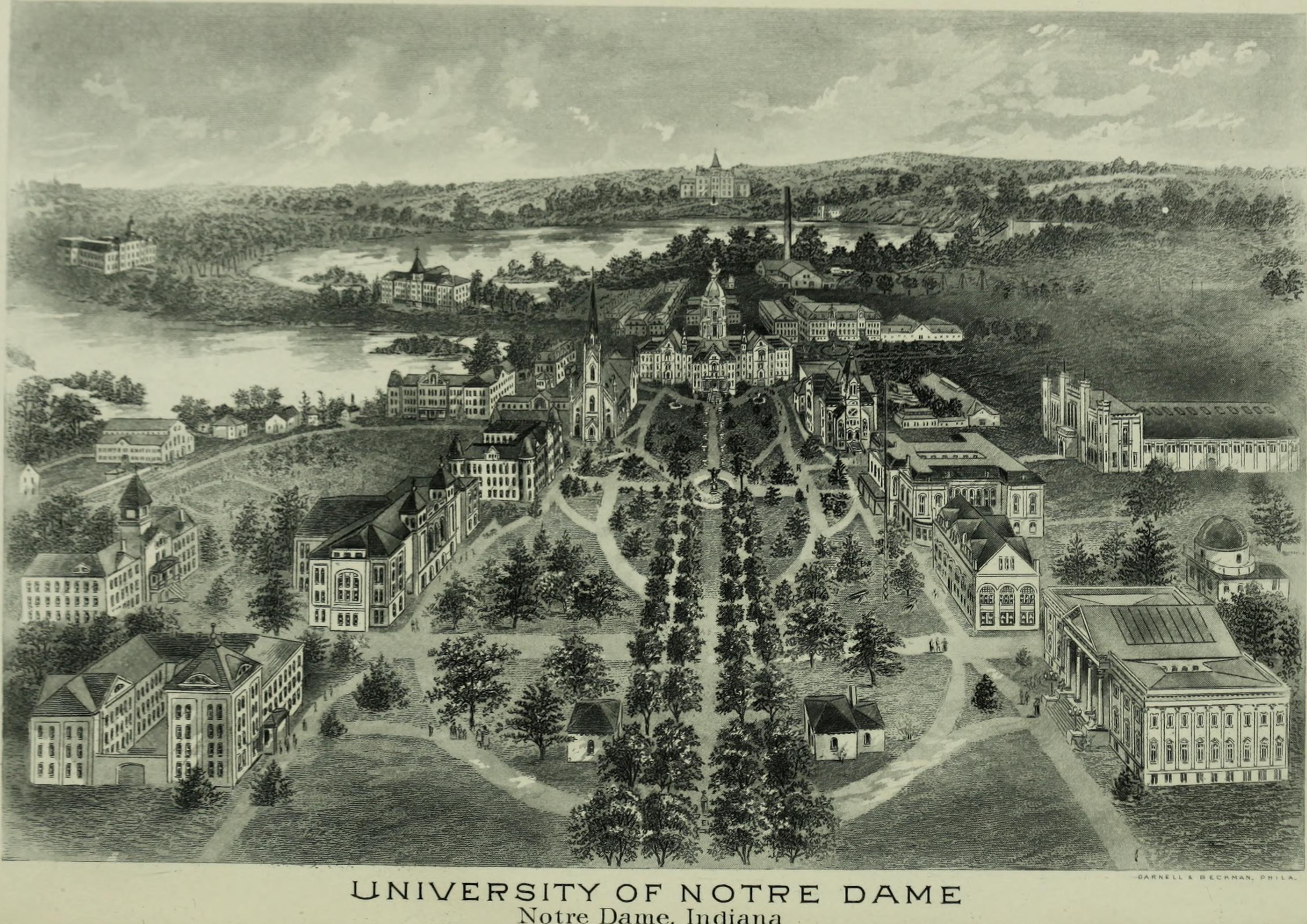 Have you observed that the famous problem of realism and idealism is one purely of detail? Have you seen my Note on Realism in Cassell’s Magazine of Art;

RLS’s essay ‘A Note on Realism’ was published in The Magazine of Art, Nov 1883.

and Elements of Style in the Contemporary;

RLS’s critical essay ‘On Some Technical Elements of Style in Literature’ was published in the Contemporary Review 47 (Apr 1885).

and Romance and Humble Apology in Longman’s?

They are all in your line of business; let me know what you have not seen and I’ll send ’em. I am glad I brought the old house up to you.

Here,in 1880, Fanny took RLS to her cottage on 11th Avenue and 18th Street, East Oakland. Fanny nursed him through his illness, also arranging for the removal of his teeth by a local dentist and false teeth replacements.

It was a pleasant old spot, and I remember you there, though still more dearly in your own strange den upon a hill in San Francisco; and one of the most San Francisco-y parts of San Francisco.

When the two writers met, Stoddard had recently returned from a five-year ramble in Europe, was writing a weekly column for the San Francisco Chronicle, and lived in a faded Gothic mansion on Rincon Hill, San Francisco, a formerly-wealthy neighborhood [www.foundsf.org]

All that is left of the mansions once crowning the cliff of Rincon Hill, San Francisco [ww4.hdnux.com]

Good-bye, my dear fellow, and believe me your friend,