“Today I lunch with Richmond, and meet Burne-Jones; tonight Browning dines with us”

Having given up going to Scotland for a summer change, RLS had started on the ‘outing’ which took the shape of a ten days’ visit to Sidney Colvin’s house at the British Museum, followed by another made in the company of Henley to Paris.

We are having a capital holiday, and I am much better, and enjoying myself to the nines. 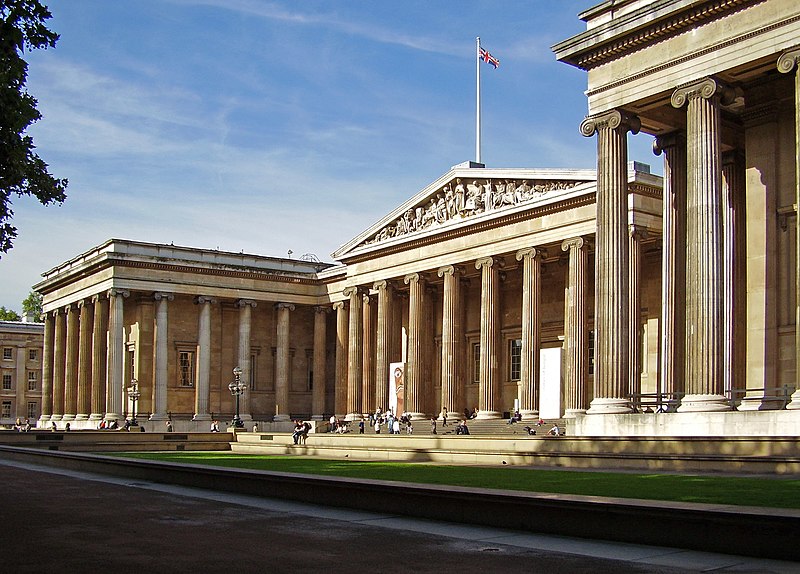 Colvin lived on the left side of the British Museum [https://upload.wikimedia.org]

Richmond is painting my portrait.

Today I lunch with him, and meet Burne-Jones;

tonight Browning dines with us.

That sounds rather lofty work, does it not? His path was paved with celebrities. To-morrow we leave for Paris, and next week, I suppose, or the week after, come home. Address here, as we may not reach Paris. I am really very well. Ever your affectionate son,