[As usual, dots between square brackets indicate cuts made by Sidney Colvin. For full, correct and critical edition of this letter, see Mehew 5, 1830.]

This is to announce to you, what I believe should have been done sooner, that we are at Skerryvore. 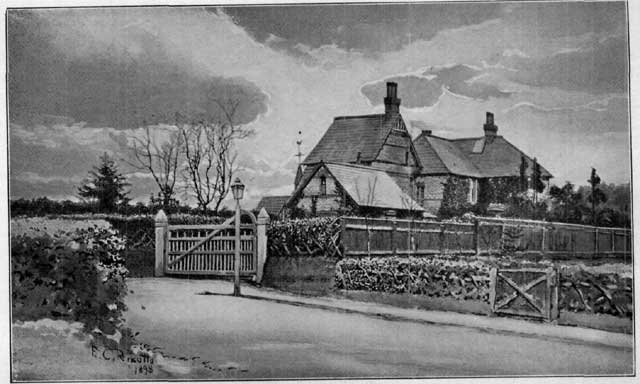 We were both tired, and I was fighting my second cold, so we came straight through by the west.

We know from the diary of RLS’s mother that he and Fanny, accompanied by Thomas Stevenson’s valet, John, had left Edinburgh on 31 May [https://i.pinimg.com]

He doesn’t buttle, but the point of the thing is the style. When Fanny gardens, he stands over her and looks genteel.

He opens the door, and I am told waits at table. Well, what’s the odds; I shall have it on my tomb ― ‘He ran a butler.’

He may have been this and that,

A drunkard or a guttler;

He may have been bald and fat ―

At least he kept a butler.

He may have sprung from ill or well,

From Emperor or sutler;

He may be burning now in Hell ―

On earth he kept a butler.

I want to tell you also that I have suppressed your poem. I shall send it you for yourself, and I hope you will agree with me that it was not good enough in point of view of merit, and a little too intimate as between you and me.

The poem ‘To ―’ beginning ‘I knew thee strong and quiet like the hills’ describing Colvin as ‘the perfect friend’ was eventually published posthumous as Songs of Travel XX, 1895.

I would not say less of you, my friend, but I scarce care to say so much in public while we live. A man may stand on his own head; it is not fair to set his friend on a pedestal.

The verses are now at press; I have written a damn fine ballad.

RLS’s book of verses, ‘Underwoods’ was to be published next August, 1887.