“A dreamer of dreams, I call it: it is just a gossip with stories”

Fanny Stevenson had left Saranac Lake on October 6th, 1887, to visit her mother and sister Josephine (a banker’s wife) at Danville, Indiana.

[Dots between square brackets indicate cuts made by the editor of the Anderson’s Sale Catalogue, while the original was sold in 1914. See Mehew 6, 1898.]

[…] I have just finished my first paper for Scribner: A dreamer of dreams, I call it: it is just a gossip with stories, but I do not think it is altogether bad. The Scribner periodical Scribner’s Magazine began to be edited by Edward L. Burlingame on January 1887 [http://library.princeton.edu]

There has come a Longman with a most humorous and tactful article by Gosse: ‘Mr R.L. Stevenson as a poet.’ 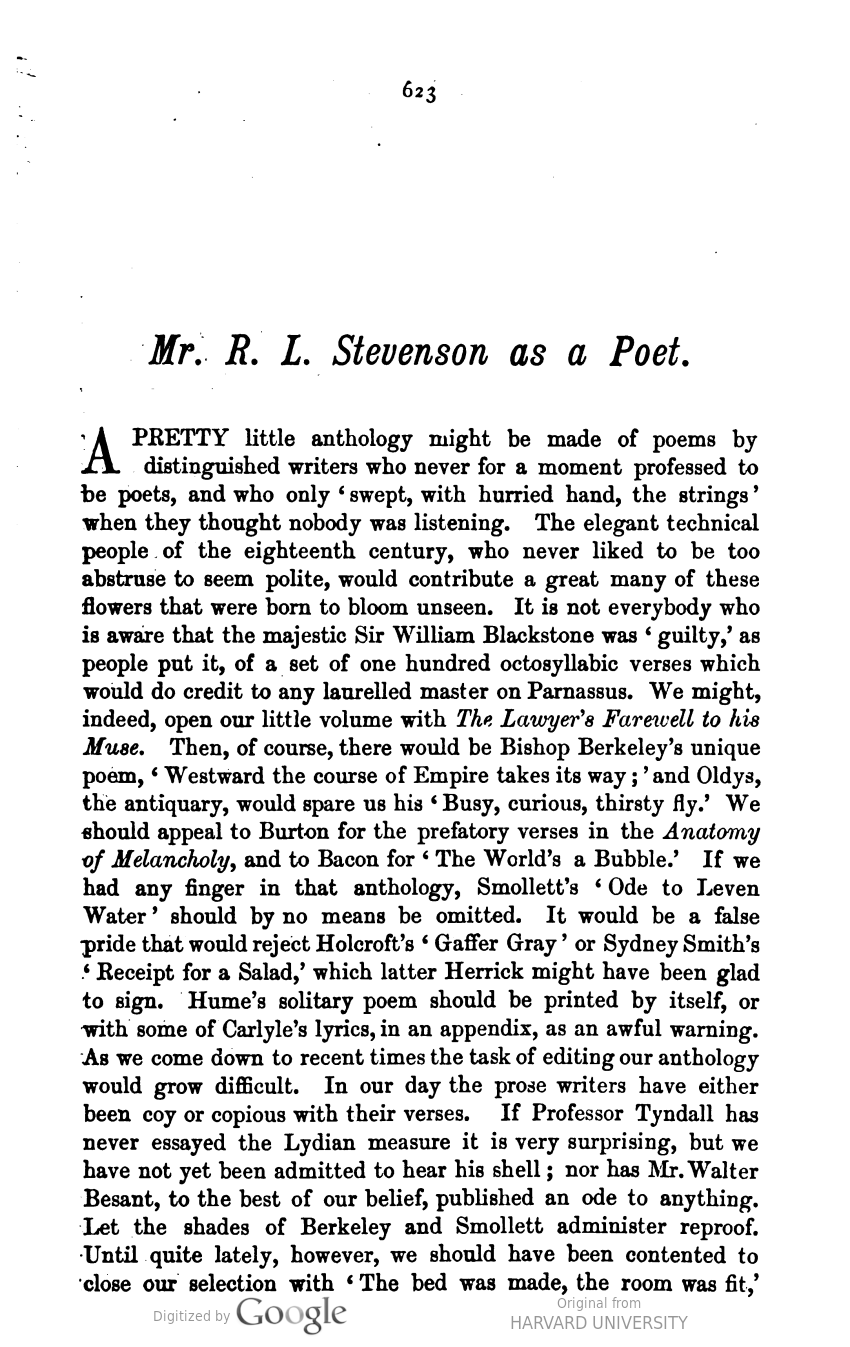 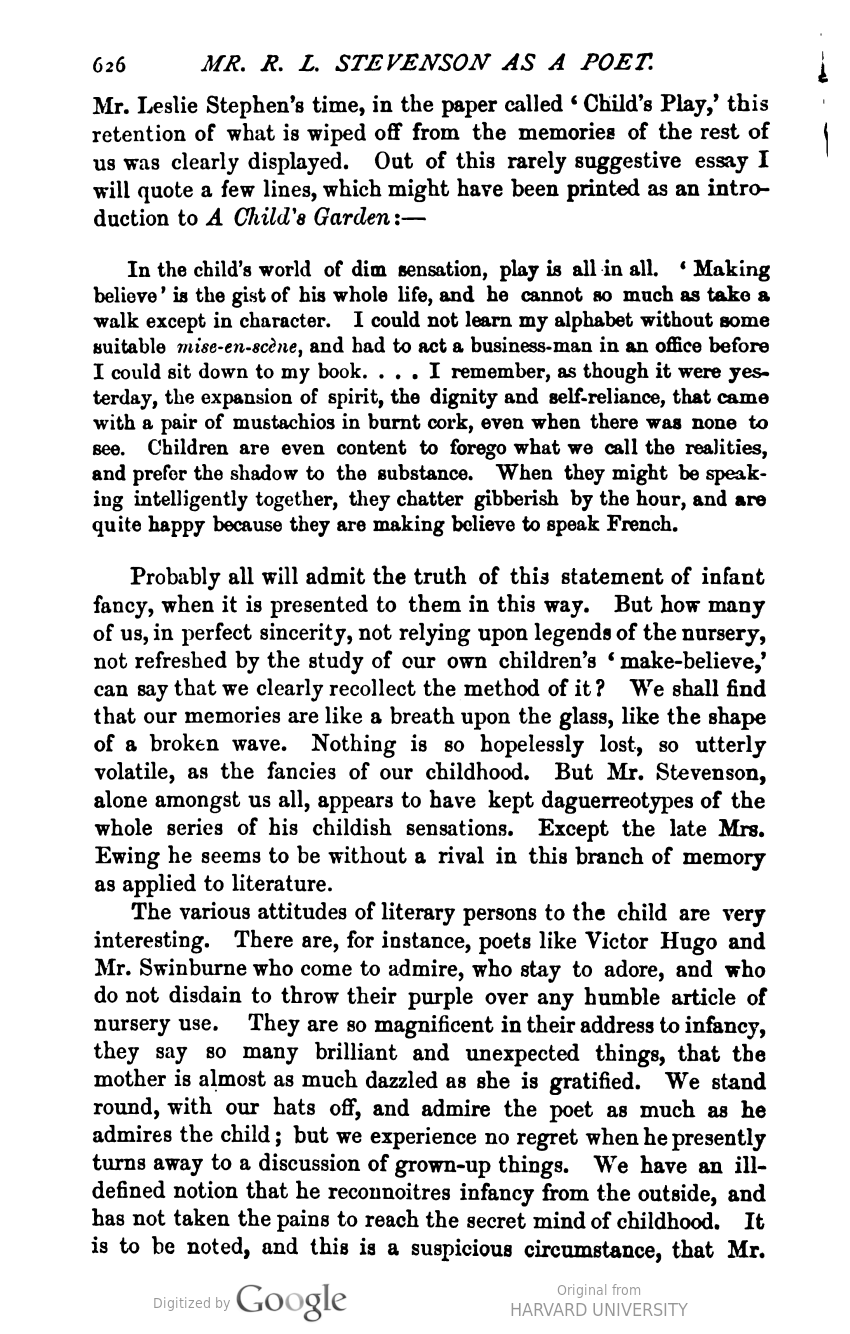 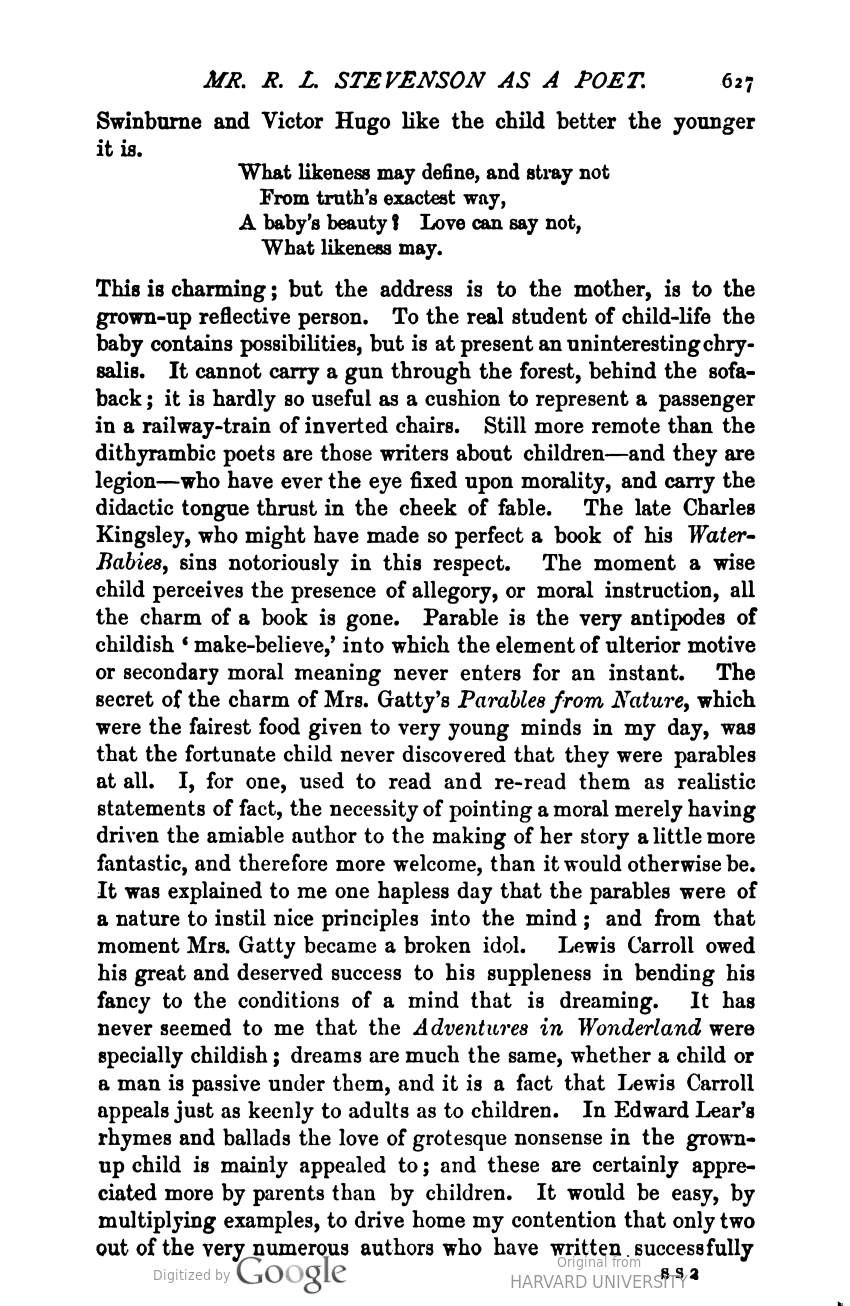 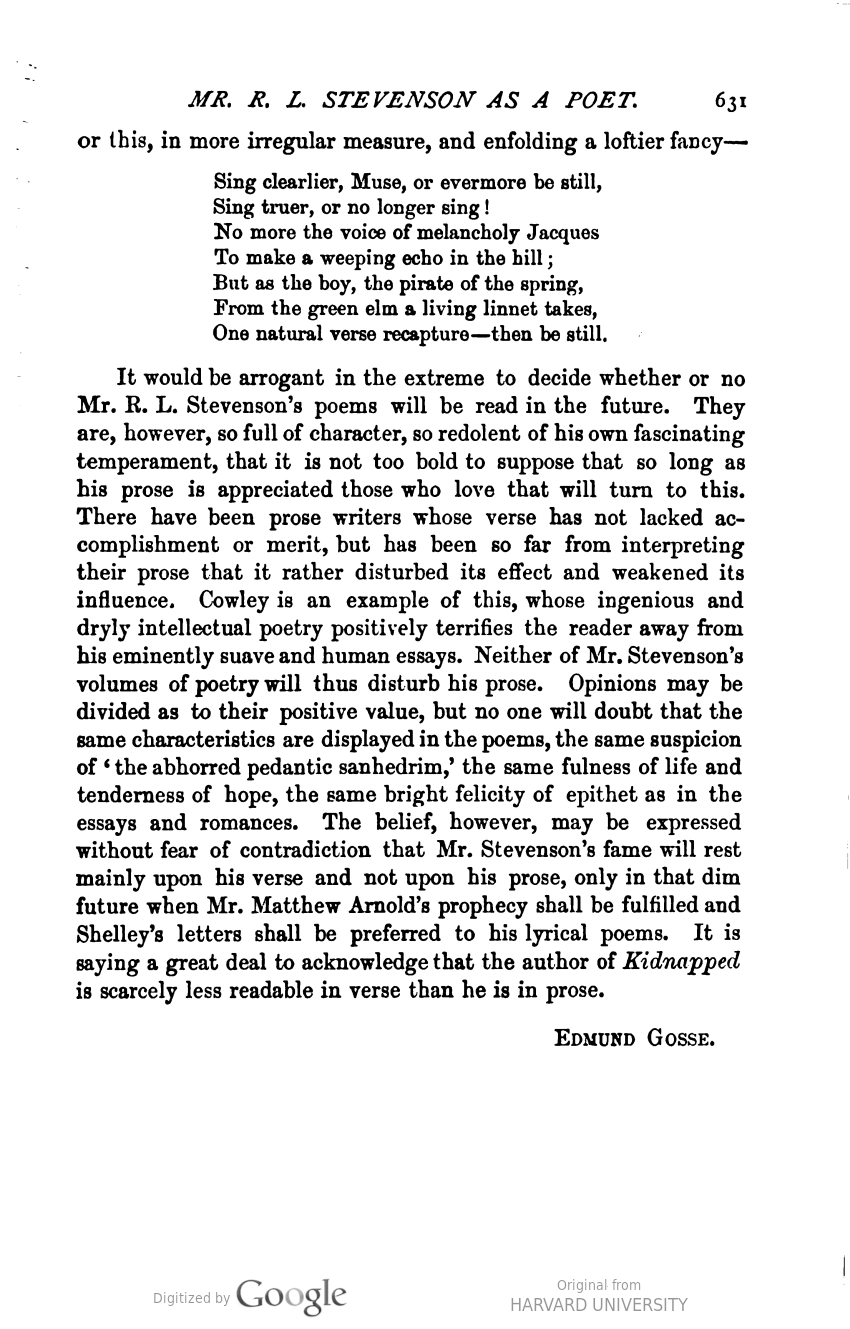 And a few verses by Lang, beginning ‘Dear Louis of the awful cheek’. …