[Dots between square brackets indicate cuts made by Sidney Colvin. For full, correct and critical edition of this letter, see Mehew 6, 1901.]

I hear some vague reports of a success at Montreal.

Henley’s brother, Edward J., headed an English theatrical company touring with RLS and Henley’s play ‘Deacon Brodie’. Their first performance in America had been at Montreal on 26 September 1887.

My news is not much, my mother is away to Niagara and Fanny to Indiana; the Port Admiral and I and Valentine keep house together in our verandahed cottage near a wood.

Port Admiral was a nickname for RLS’s stepson Lloyd (right), a generic term for the senior naval officer having authority over all commissioned ships and naval personnel stationed at a particular home base or anchorage. Valentine Roch is the maid to the left [https://localwiki.org]

I am writing, and have got into the vein. When I got to N.Y. a paper offered me £2000 a year to do critical weekly articles for them; the sum was so enormous that I tottered; however, Scribner at once offered me the same scale to give him a monthly paper in his magazine; indeed it is rather higher, £720 for the twelve papers.

This I could not decently refuse; and I am now a yoked man, and after a fit of my usual impotence under bondage, seem to have got into the swing. I suppose I shall scarce manage to do much else; but there is the fixed sum, which shines like a sun in the firmament. A prophet has certainly a devil of a lot of honour (and much coins) in another country, whatever he has in his own.

I got Gleeson White;

Gleeson White selected poems for the collection of ‘Ballades, Rondeaus, etc.’, edited by Henley and dedicated to RLS.

Dedication to RLS by W.E. Henley of the selected poems.

your best work and either the best or second best in the book is the Ballade in Hot Weather; that is really a masterpiece of melody and fancy.

Damn your Villanelles – and everybody’s.

G. Macdonald comes out strong in his two pious rondels;

Fons Bandusiæ seems as exquisite as ever.

[…] To my surprise, I liked two of the Pantoums, the blue-bottle,

and the still better after-death one from “Love in Idleness”.

Lang cuts a poor figure, except in the Cricket one;

your patter ballade is a great tour de force, but spoiled by similar cæsuras.

[…] On the whole ‘t is a ridiculous volume, and I had more pleasure out of it than I expected. I forgot to praise Grant Allen’s excellent ballade, which is the one that runs with yours,

– and here, to the point, a note from you at Margate – among East Winds and Plain Women, damn them!

Well, what can we do or say? We are only at Saranac for the winter;

and if this Deacon comes off, why you may join us there in glory;

I would I had some news of it. Saranac is not quite so dear, in some ways, as the rest of this land, where it costs you a pound to sneeze,

and fifty to blow your nose; 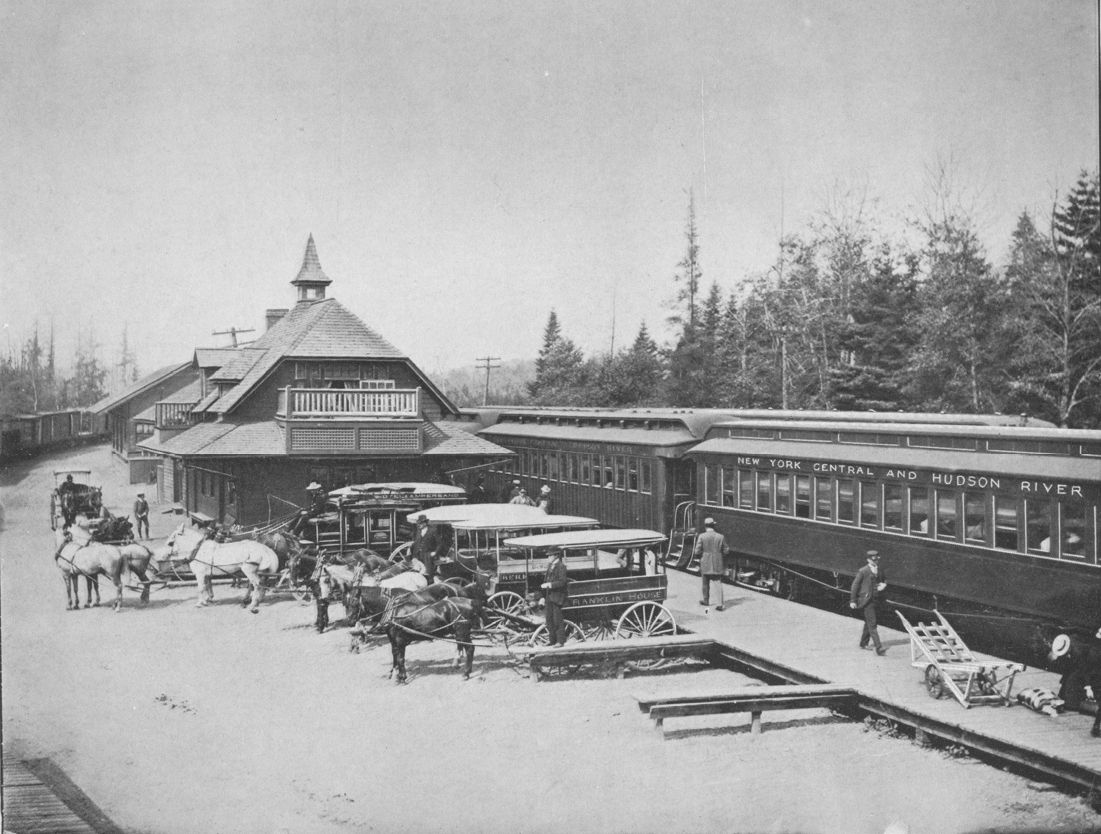 Think of it! Lift it up tenderly! They had need to pay well! but how poor devils live, and how it can pay to take a theatre company over to such a land, is more than I can fancy. The devil of the States for you is the conveyances, they are so dear – but O, what is not!

[…] I have thrown off my cold in excellent style, though still very groggy about the knees, so that when I climb a paling, of which we have many, I feel as precarious and nutatory as a man of ninety. Under this I grind; but I believe the place will suit me. Must stop. – Ever affectionately,