“In the purest innocence of mind”

At the date of the present letter RLS was managing all his publishing arrangements himself. An occasional lapse of memory or attention betrayed him once or twice into misunderstandings, and once at least conflicting agreements with two different publishers, both his friends, Charles Scribner and Samuel Sidney McClure. He was the first to denounce the error when he became aware of it, and suffered sharply from the sense of his own unintentional fault. Only shortly after this letter RLS, to his great advantage, put all his publishing arrangements (as he had already put his private business) into the hands of his friend Charles Baxter.

Heaven help me, I am under a curse just now. I have played fast and loose with what I said to you; and that, I beg you to believe, in the purest innocence of mind. I told you you should have the power over all my work in this country;

and about a fortnight ago, when M‘Clure was here, I calmly signed a bargain for the serial publication of a story. 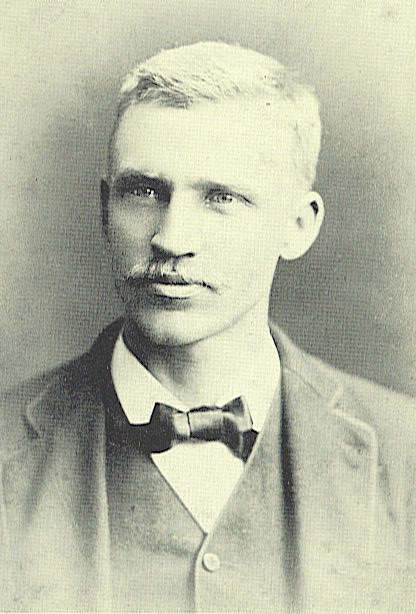 Samuel Sidney McClure (1857-1949) was an Irish-American publisher who became known as a key figure in investigative and muckraking journalism. In 1884, he established the McClure Syndicate, the first U.S. newspaper syndicate, which serialized books [https://images.findagrave.com]

You will scarce believe that I did this in mere oblivion; but I did; and all that I can say is that I will do so no more, and ask you to forgive me. Please write to me soon as to this. Will you oblige me by paying in for three articles, as already sent, to my account with John Paton & Co., 52 William Street?

Paton’s avertisement on The Banker’s Almanac and Registe for 1889 [https://books.google.it]

This will be most convenient for us.

The fourth article is nearly done; and I am the more deceived, or it is A Buster. Now as to the first thing in this letter, I do wish to hear from you soon; and I am prepared to hear any reproach, or (what is harder to hear) any forgiveness; for I have deserved the worst. Yours