As already said, RLS was managing all his publishing arrangements himself, and an occasional lapse of memory or attention betrayed him into misunderstandings and conflicting agreements with two different publishers, both his friends, Charles Scribner and Samuel Sidney McClure. He was the first to denounce the error when he became aware of it, and suffered sharply from the sense of his own unintentional fault.

This is the first of many letters, increasing in friendliness as the correspondence goes on, to the editor of Scribner’s Magazine.

[Dots between square brackets indicate cuts made by Sidney Colvin. For full, correct and critical edition of this letter, see Mehew 6, 1961.]

[…] I enclose corrected proof of Beggars, which seems good. 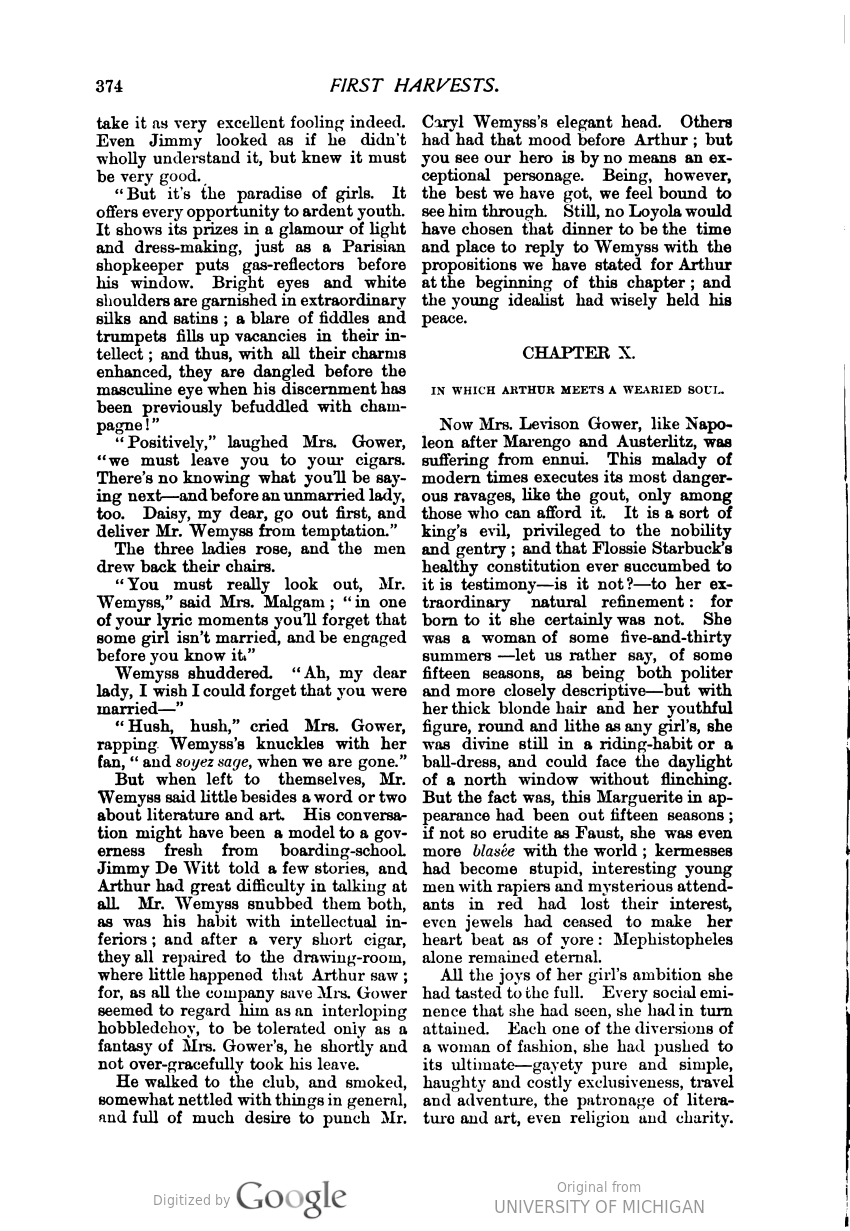 The 3rd essay for The Scribner’s Magazine, ‘Beggars’, was to be published for March 1888 [https://babel.hathitrust.org]

I mean to make a second sermon, which, if it is about the same length as Pulvis et Umbra, might go in along with it as two sermons, in which case I should call the first ‘The Whole Creation,’ and the second ‘Any Good.’ The 4th essay for The Scribner’s Magazine, ‘Pulvis et Umbra’, was to be published for April 1888 [https://babel.hathitrust.org] One word: if you have heard from Mr. Scribner of my unhappy oversight in the matter of a story, you will make me ashamed to write to you, and yet I wish to beg you to help me into quieter waters. The oversight committed – and I do think it was not so bad as Mr. Scribner seems to think it – and discovered, I was in a miserable position. I need not tell you that my first impulse was to offer to share or to surrender the price agreed upon when it should fall due; and it is almost to my credit that I arranged to refrain. It is one of these positions from which there is no escape; I cannot undo what I have done. And I wish to beg you – should Mr. Scribner speak to you in the matter – to try to get him to see this neglect of mine for no worse than it is: unpardonable enough, because a breach of an agreement; but still pardonable, because a piece of sheer carelessness and want of memory, done, God knows, without design and since most sincerely regretted. I have no memory. You have seen how I omitted to reserve the American rights in Jekyll: last winter I wrote and demanded, as an increase, a less sum than had already been agreed upon for a story that I gave to Cassell’s.

For once that my forgetfulness has, by a cursed fortune, seemed to gain, instead of lose, me money, it is painful indeed that I should produce so poor an impression on the mind of Mr. Scribner.

But I beg you to believe, and if possible to make him believe, that I am in no degree or sense a faiseur, and that in matters of business my design, at least, is honest. Nor (bating bad memory and self-deception) am I untruthful in such affairs.

If Mr. Scribner shall have said nothing to you in the matter, please regard the above as unwritten, and believe me, yours very truly,