“R.L.S., the house-bond, prop, pillar, bread-winner, and bully of the establishment”

Elizabeth Anne Ferrier ‘Coggie’ (1844-1917) was the elder sister of Walter Ferrier, who had been one of RLS’s closest friends and in fact died of alcoholism in 1883. RLS and Coggie began communicating after Walter’s death.

[As usual, dots between square brackets indicate cuts made by Colvin. For full, correct and critical edition of this letter, see Mehew 6, 2036.]

I wish I could find the letter I began to you some time ago when I was ill; but I can’t and I don’t believe there was much in it anyway. We have all behaved like pigs and beasts and barn-door poultry to you; but I have been sunk in work, and the lad is lazy and blind and has been working too;

Lloyd Osbourne, RLS’s stepson, was having problems with his eyesight [www.robert-louis-stevenson.org]

and as for Fanny, she has been (and still is) really unwell. I had a mean hope you might perhaps write again before I got up steam: I could not have been more ashamed of myself than I am, and I should have had another laugh.

They always say I cannot give news in my letters: I shall shake off that reproach. On Monday, if she is well enough, Fanny leaves for California to see her friends;

it is rather an anxiety to let her go alone; but the doctor simply forbids it in my case, and she is better anywhere than here – a bleak, blackguard, beggarly climate, of which I can say no good except that it suits me and some others of the same or similar persuasions whom (by all rights) it ought to kill. It is a form of Arctic St. Andrews, I should imagine; and the miseries of forty degrees below zero, with a high wind, have to be felt to be appreciated. The greyness of the heavens here is a circumstance eminently revolting to the soul;

I have near forgot the aspect of the sun – I doubt if this be news; it is certainly no news to us. My mother suffers a little from the inclemency of the place, but less on the whole than would be imagined. 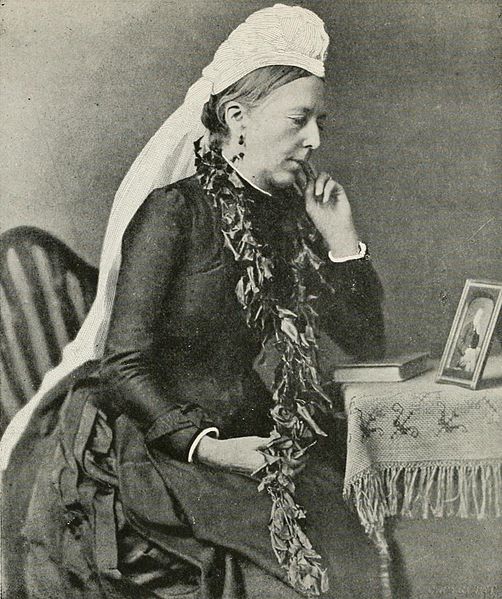 Among other wild schemes, we have been projecting yacht voyages;

The schooner Casco (1878-1919): RLS will charter Dr. Merritt’s yacht at the end of June 1888, sailing from San Francisco and visiting the Eastern Islands, arriving at Honolulu at the beginning of 1889 [www.robert-louis-stevenson.org]

and I beg to inform you that Cogia Hassan was cast for the part of passenger. They may come off! – Again this is not news.

The lad? Well, the lad wrote a tale this winter, which appeared to me so funny that I have taken it in hand, and some of these days you will receive a copy of a work entitled

‘A Game of Bluff

The story, first called ‘The Finsbury Tontine’, then ‘A Game of Bluff’, finally became ‘The Wrong Box’, 1889.

Otherwise he (the lad) is much as usual […]. There remains, I believe, to be considered only R.L.S., the house-bond, prop, pillar, bread-winner, and bully of the establishment.

RLS in a diorama on Baker’s veranda with a cigarette and skates [www.adirondackdailyenterprise.com]

Well, I do think him much better; he is making piles of money;

the hope of being able to hire a yacht ere long dances before his eyes; otherwise he is not in very high spirits at this particular moment, though compared with last year at Bournemouth an angel of joy.

And now is this news, Cogia, or is it not? It all depends upon the point of view, and I call it news […]. The devil of it is […] that I can think of nothing else, except to send you all our loves, and to wish exceedingly you were here to cheer us all up. But we’ll see about that on board the yacht. – Your affectionate friend,

1 Response to “R.L.S., the house-bond, prop, pillar, bread-winner, and bully of the establishment”