I do not like mankind; but men, and not all of these

[As usual, dots between square brackets indicate cuts made by Sidney Colvin. For full, correct and critical edition of this letter, see Mehew 5, 1510.]

Thank you for your letter, so interesting to my vanity.

Edmund Gosse (1849-1928) wrote RLS on 25 December praising his story, ‘Markheim’, and reporting that Prime Minister Gladstone had read ‘Treasure Island’ ‘over and over’. [www.silksoundbooks.com]

There is a review in the St. James’s, which, as it seems to hold somewhat of your opinions, and is besides written with a pen and not a poker, we think may possibly be yours. 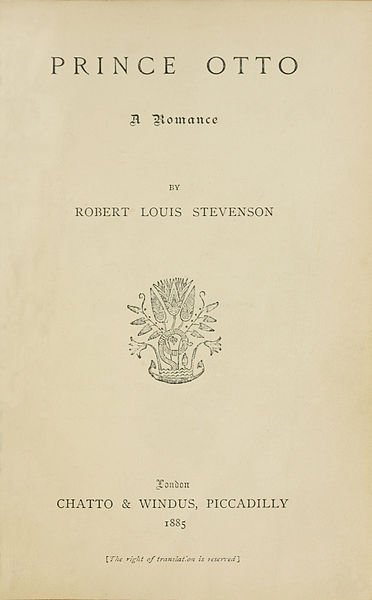 A review of ‘Prince Otto’ had appeared in the St James’s Gazette of 1 Jan. 1886. Gosse replied that he had not written it.

The Prince has done fairly well in spite of the reviews, which have been bad; he was, as you doubtless saw, well slated in the Saturday; one paper received it as a child’s story; another (picture my agony) described it as a ‘Gilbert comedy.’ 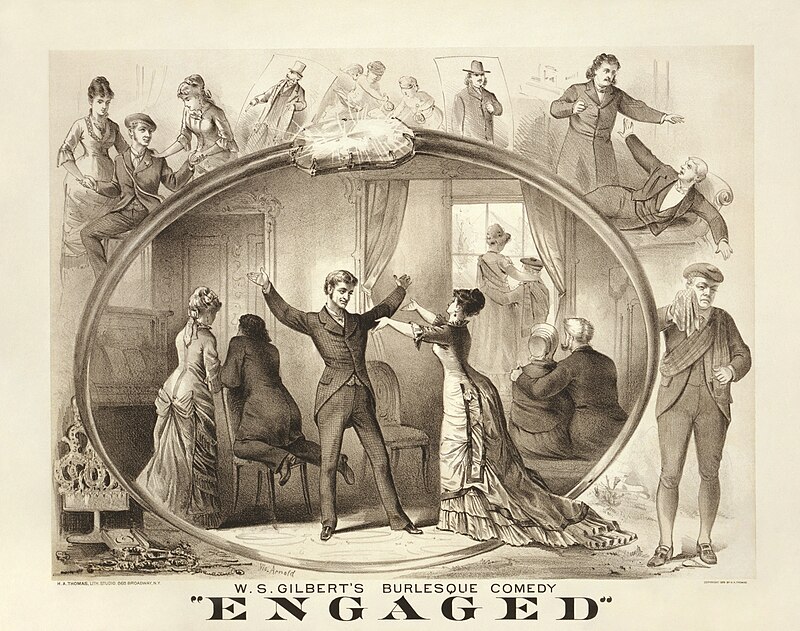 It was amusing to see the race between me and Justin McCarthy: the Milesian has won by a length.

Milesius Galamh King of Ireland, King of Braganza, Spain, by Ludger tom Ring the Elder, 1538. In Irish origin legends, Míl Espáine (later Latinized as Milesius) is the mythical ancestor of the final inhabitants of Ireland, the “sons of Míl” or Milesians [http://ic.pics.livejournal.com]

That is the hard part of literature. You aim high, and you take longer over your work, and it will not be so successful as if you had aimed low and rushed it. What the public likes is work (of any kind) a little loosely executed; so long as it is a little wordy, a little slack, a little dim and knotless, the dear public likes it; it should (if possible) be a little dull into the bargain. I know that good work sometimes hits; but, with my hand on my heart, I think it is by an accident. And I know also that good work must succeed at last; but that is not the doing of the public; they are only shamed into silence or affectation.

I do not write for the public; I do write for money, a nobler deity;

and most of all for myself, not perhaps any more noble, but both more intelligent and nearer home.

Let us tell each other sad stories of the bestiality of the beast whom we feed. What he likes is the newspaper; and to me the press is the mouth of a sewer, where lying is professed as from an university chair, and everything prurient, and ignoble, and essentially dull, finds its abode and pulpit.

I do not like mankind; but men, and not all of these – and fewer women. As for respecting the race, and, above all, that fatuous rabble of burgesses called ‘the public,’ God save me from such irreligion! – that way lies disgrace and dishonour. There must be something wrong in me, or I would not be popular.

This is perhaps a trifle stronger than my sedate and permanent opinion. Not much, I think. As for the art that we practise, I have never been able to see why its professors should be respected. They chose the primrose path; when they found it was not all primroses, but some of it brambly, and much of it uphill, they began to think and to speak of themselves as holy martyrs. But a man is never martyred in any honest sense in the pursuit of his pleasure; and delirium tremens has more of the honour of the cross. We were full of the pride of life, and chose, like prostitutes, to live by a pleasure. We should be paid if we give the pleasure we pretend to give; but why should we be honoured? […]

The Haymarket at midnight. From H. Mayhew, London Labour and the London Poor, A Cyclopædia of the Condition and Earnings of Those That Will Work, Those That Cannot Work, and Those That Will Not Work, 1862 [www.victorianlondon.org]

I hope some day you and Mrs. Gosse will come for a Sunday; but we must wait till I am able to see people.

Edmund Gosse with his wife and children [http://freepages.genealogy.rootsweb.ancestry.com]

I am very full of Jenkin’s life; it is painful, yet very pleasant, to dig into the past of a dead friend, and find him, at every spadeful, shine brighter.

I own, as I read, I wonder more and more why he should have taken me to be a friend. He had many and obvious faults upon the face of him; the heart was pure gold. I feel it little pain to have lost him, for it is a loss in which I cannot believe; I take it, against reason, for an absence; if not to-day, then to-morrow, I still fancy I shall see him in the door; and then, now when I know him better, how glad a meeting! Yes, if I could believe in the immortality business, the world would indeed be too good to be true; but we were put here to do what service we can, for honour and not for hire: the sods cover us, and the worm that never dies, the conscience, sleeps well at last; these are the wages, besides what we receive so lavishly day by day; and they are enough for a man who knows his own frailty and sees all things in the proportion of reality. The soul of piety was killed long ago by that idea of reward. Nor is happiness, whether eternal or temporal, the reward that mankind seeks. Happinesses are but his wayside campings;

his soul is in the journey; he was born for the struggle, and only tastes his life in effort and on the condition that he is opposed. How, then, is such a creature, so fiery, so pugnacious, so made up of discontent and aspiration, and such noble and uneasy passions – how can he be rewarded but by rest? I would not say it aloud; for man’s cherished belief is that he loves that happiness which he continually spurns and passes by; and this belief in some ulterior happiness exactly fits him. He does not require to stop and taste it; he can be about the rugged and bitter business where his heart lies; and yet he can tell himself this fairy tale of an eternal tea-party, and enjoy the notion that he is both himself and something else; and that his friends will yet meet him, all ironed out and emasculate, and still be lovable, – as if love did not live in the faults of the beloved only, and draw its breath in an unbroken round of forgiveness! But the truth is, we must fight until we die; and when we die there can be no quiet for mankind but complete resumption into – what? – God, let us say when all these desperate tricks will lie spellbound at last.

and enjoy the notion that he is both himself and something else;

The English actor Richard Mansfield (1857–1907) in his rendering of the title-characters in T. Russell Sullivan’s adaptation of ‘Jekyll & Hyde’ for Palmer’s company at Madison Square Theatre, 1887 [https://i2.wp.com]

and that his friends will yet meet him, all ironed out and emasculate, and still be lovable, – as if love did not live in the faults of the beloved only, and draw its breath in an unbroken round of forgiveness! But the truth is, we must fight until we die; and when we die there can be no quiet for mankind but complete resumption into – what? – God, let us say when all these desperate tricks will lie spellbound at last.

Here came my dinner and cut this sermon short – excusez.

1 Response to I do not like mankind; but men, and not all of these